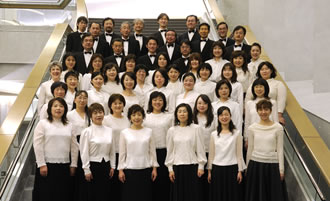 Since its establishment, the chorus carried out the audition for 4 times. At present, there are 76 members, with the chorus masters Isao Osanai, Shigeto Oshima, and Toshiaki Nakahara.