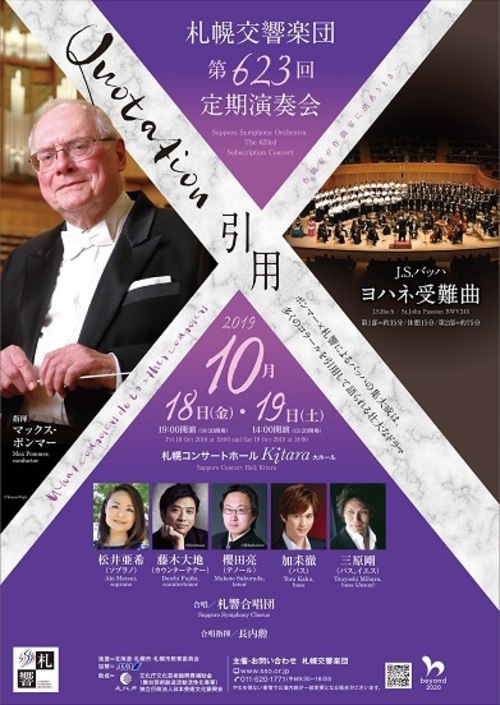 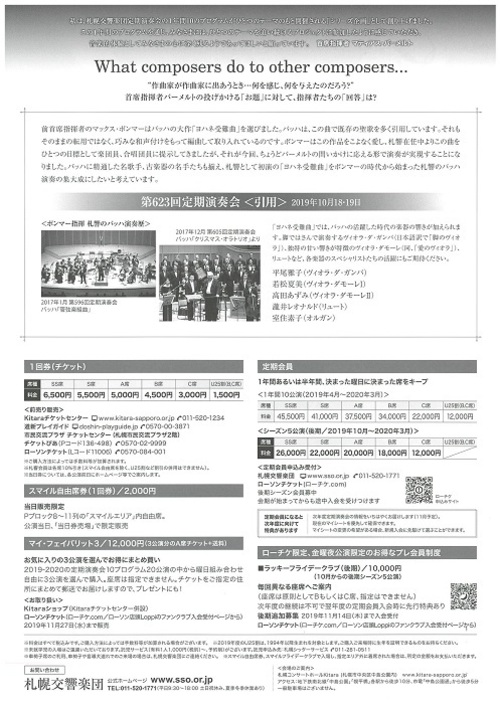 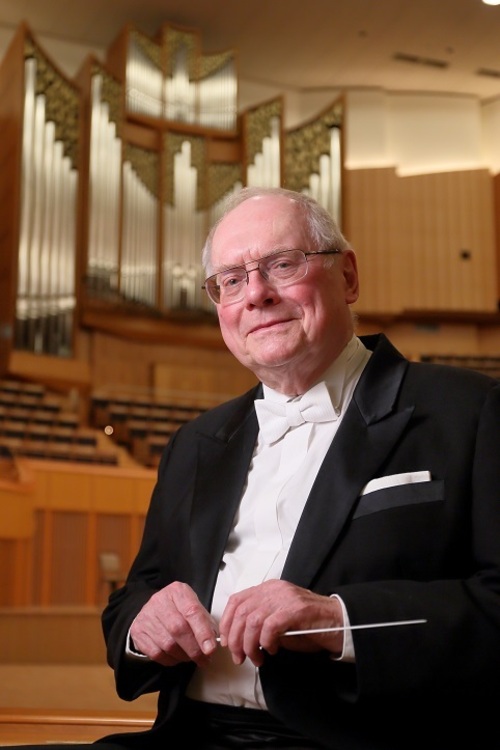 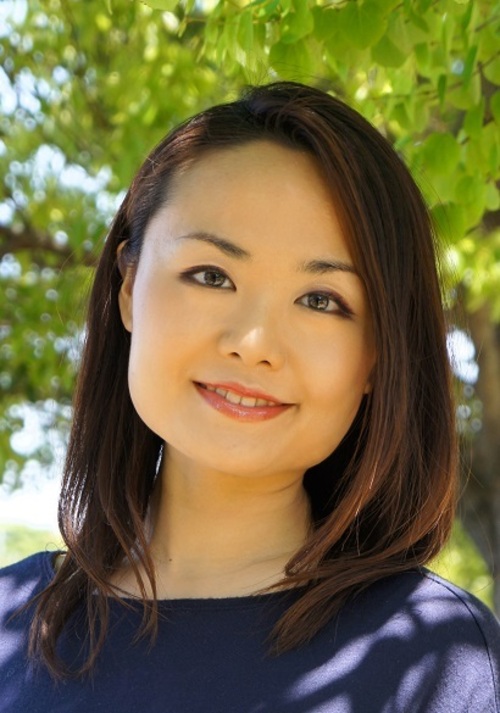 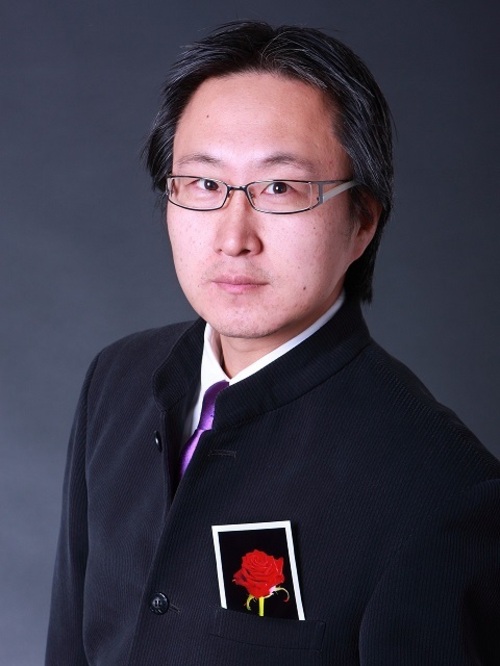 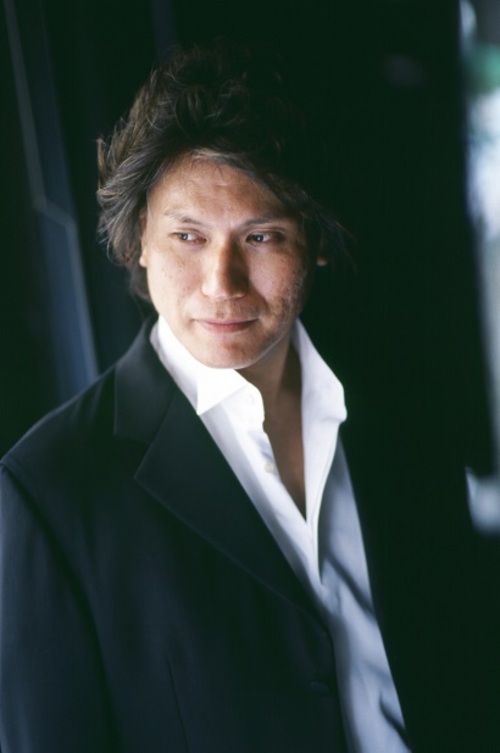 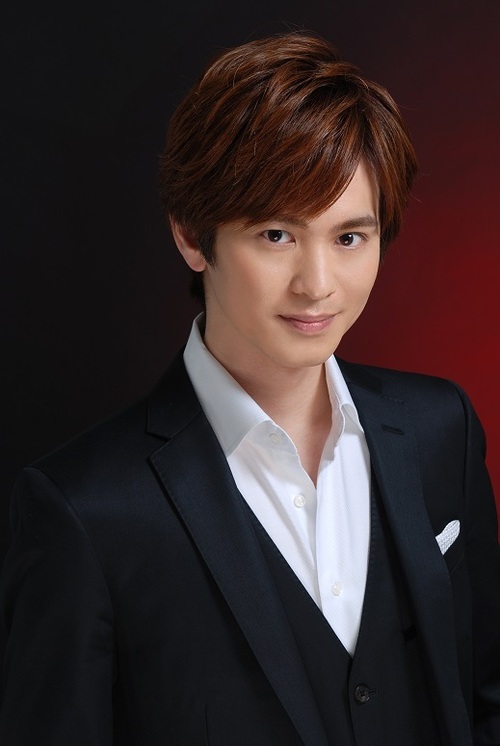 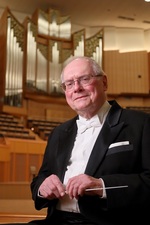 Max Pommer was born in Leipzig, studied at the Academy of Music and completed the doctorate course at the University of Leipzig. As for the conductor, he studied with Hermann Abendroth and Herbert von Karajan. He has been Artistic Director of the “New Bach Collegium Musicum,” Principal Conductor of the Leipzig Radio Symphony Orchestra (MDR), and professor in conducting at the Saarland Academy of Music. Max Pommer appeared in prestigious festivals and orchestras such as Salzburg and Schleswig-Holstein, the Scottish Chamber Orchestra, St. Paul Chamber Orchestra, Orchestre National Bordeaux Aquitaine, Mozarteum Orchestra Salzburg, and SWR Sinfonieorchester Baden-Baden und Freiburg. As for Japan, he has collaborated with the Sapporo Symphony Orchestra and other orchestras namely Yamagata, Gunma, Japan Philharmonic, New Japan Philharmonic, Yomiuri Nippon, Nagoya Philharmonic, OEK, Kyoto, Osaka Philharmonic and Japan Century. The list of Max Pommer’s discography is long and varied; orchestral works by Bach, Handel and Debussy, symphonies and early operas by Mozart, the complete symphonic works of the Finnish composer, Rautavaara and works by Kurt Weill, Eisler, Dessau, Schönberg and other contemporary Germany composers and they are awarded international recognition As Chief Conductor of the Sapporo Symphony Orchestra from 2015 to 2018, Max Pommer continued to widen the orchestra’s repertoire and has live recorded Mendelssohn’s Lobgesang, Bruckner, Strauss & Schumann, and Bach works. The celebrative 600th Subscription in June 2017 drew much attention and gained high reputation with Mozart’s three symphonies. Max Pommer now lives in Saarbrucken, Germany. 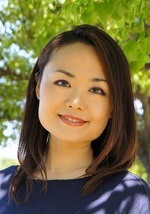 The Japanese soprano, Aki Matsui, is a graduate of the Tokyo University of the Arts. Aki Matsui has performed as a soloist with choral societies and has given numerous song recitals. Since 2005 she has appeared with the Bach Collegium Japan (Director: Masaaki Suzuki) as a soloist and chorus member. Her repertoire extends to contemporary music, with works such as Benjamin Britten's Les illuminations and Sciarrino's Vanitas. (from the website of Bach Collegium Japan) 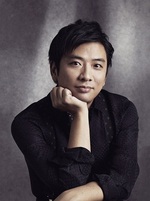 In April 2017, Daichi Fujiki made a brilliant debut at that hallowed institution of opera, the Vienna State Opera. In making his debut in the role of the Herald in Aribert Reimann's Medea (Conductor: M. Boder/Director: M.A. Marelli), which was composed for the Vienna State Opera and premiered worldwide in 2010, Daichi Fujiki made history as the first Japanese and East Asian, countertenor to perform at this venerable institution. In 2012, he was selected as the Austrian representative for the 31st International Hans Gabor Belvedere Singing Competition and winning the award. In the same year, he placed first in the vocal division of the Music Competition of Japan. In May 2013, Fujiki made his European debut at the 250-year anniversary of the Teatro Comunale di Bologna after being selected for the role of Mannio in Gluck's Il Trionfo di Clelia, and in January 2018, he took the stage for the fifth consecutive year at the NHK New Year Opera Concert. As one of Japan's highest-profile international artists, Fujiki's current activities range over a diverse repertoire from baroque to contemporary. (Abstracted from the website of AMATI) The Japanese tenor, Makoto Sakurada, completed his postgraduate degree of Arts degree at Tokyo National University of Fine Arts and Music. He continued to study at the national conservatory "G. B. Martini" in Bologna and was awarded the 2nd prize at the "International Early Music Concours Brugge" in 2002. Sakurada started his career in 1992 with his debut in the role of Rodolfo in Puccini’s La Bohème at a performance given by the University Opera. He subsequently appeared in the rôle of Roméo in Charles Gounod’s Roméo et Juliette at a performance by the Tokyo Opera Produce. He participated in the Accademia di Montegridolfo supported by Suntory Hall, Tokyo in 1993. In addition to his operatic career, Makoto Sakurada is also active as a soloist in Oratorio performances, especially of the Baroque era. Since 1995, he has collaborated continually with Masaaki Suzuki and Bach Collegium Japan (for a time he was a member of this ensemble) at many concerts and on CD's as a soloist. (Abstracted from the website of Bach Collegium Japan) 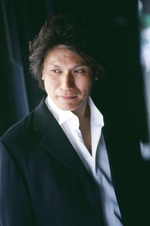 Tsuyoshi Mihara graduated from the Osaka University of Arts. He was awarded the gold prize at the 22nd Italy Japan Vocal Concorso. In 1992, he won first prize at the 61st All Japan Music Competition along with the Masuzawa Award, the Fukuzawa Award, the Kinoshita Award, and the Matsushita Award. In the following year, after receiving the 4th Gotoh Memorial Cultural Award for New Opera Singers, he studied in Cologne with a scholarship granted by the Gotoh Memorial Cultural Foundation. Hitherto, he has been active with recitals, operas and performances with orchestras in and out of the country. He was awarded the Osaka Culture Festival Award for his recital "The World of Heine and Hakushu" at the Osaka Izumi Hall in November 2005. In addition he was awarded first prize of the 9th Shin Nami no Kai /Japanese Song Competition," a Special Prize from the Yotsuya Fumiko Awards and the 7th Azuma Atsuko Award. (Abstracted from the website of AMATI) 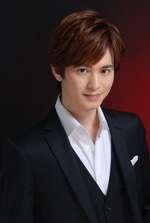 The Japanese lyric baritone, Toru Kaku, completed his undergraduate studies in 2008 at the Tokyo University of the Arts. He went on to receive his Master of Music degree in 2008, focusing on the Lieder genre. Toru has a particular affection for German Lieder. Toru Kaku been a member of the Nikikai Opera Master Class, and is now a member of the Bach Collegium Japan (Director: Masaaki Suzuki). Currently, he is working on expanding his opera repertoire. In 2009 Toru was awarded second place in the Yu-Ai-Lied Competition, and in 2012 he released his first CD. (from the website of Bach Collegium Japan)