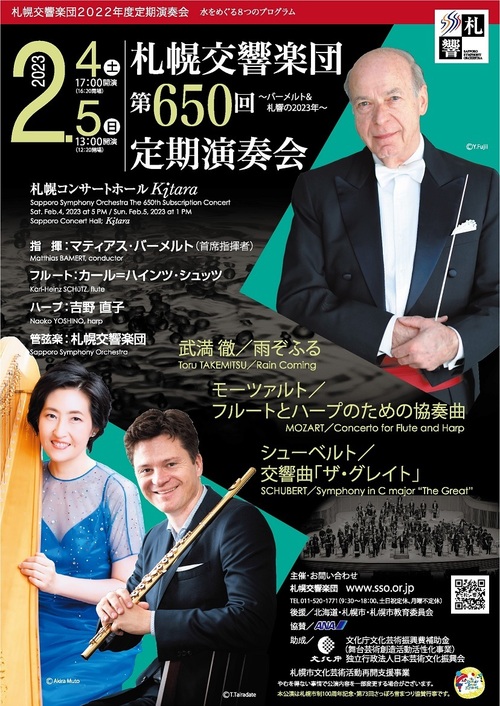 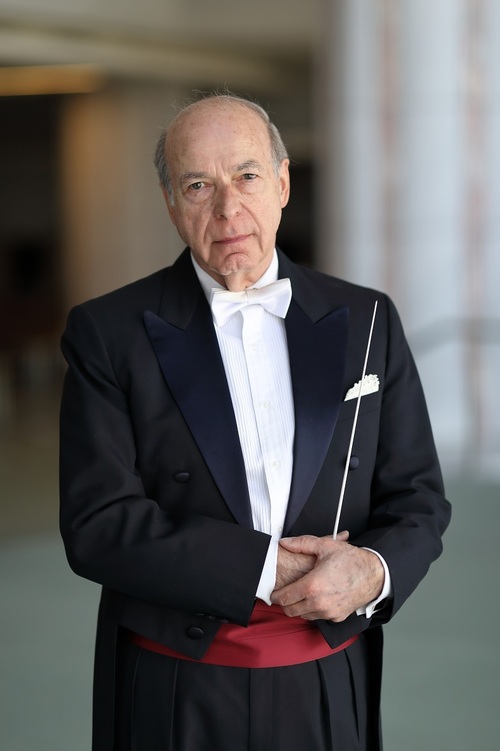 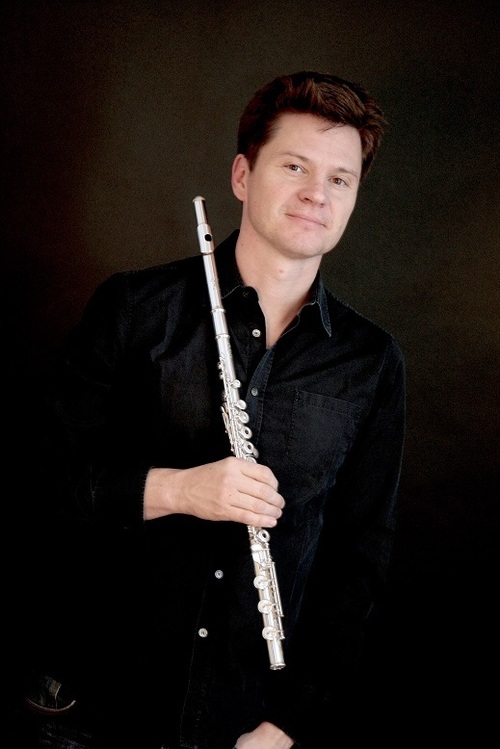 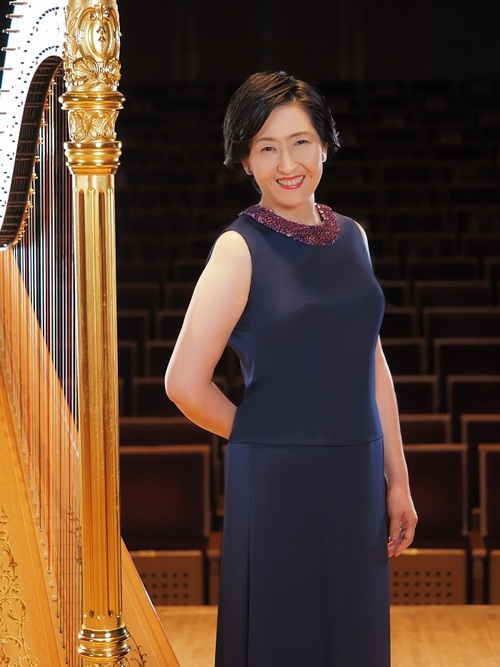 【Single Tickets】will be on sale starting Wednesday, December 7, 2022 from 10am

～Water in February ～ Our chief conductor, Mo. Matthias Bamert has selected Takemitsu’s “Rain coming.” Bamert has been in touch with Takemitsu when he was Director of Contemporary Music Festival in Glasgow. Ms. Naoko Yoshino and Mr. Schütz of the Vienna Philharmonic will be with us for Mozart Concerto for Flute and Harp; and the very special Schubert by Bamert, following the “Incomplete Symphony” in our 60th anniversary concert, he is to conduct Symphony The Great. ●This concert will be held following the guidelines in prevention of COVID-19 infection. Details of our action is announced on our website. The concert may be cancelled or changed in case of breakout of COVID-19. ●There will be no refund of tickets unless the concert cancelled due to force majeure. Please consider your body condition when purchasing the tickets of the concerts. (as of January 2022) 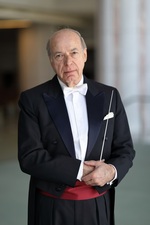 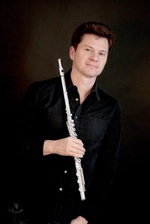 Karl-Heinz Schütz is Solo Flute of Wiener Philharmoniker and therefore in the same position at the Wiener Staatsoper, having held the same position with the Stuttgarter Philharmoniker for four years, and with the Wiener Symphoniker from 2005 to 2011. Born in Innsbruck and raised in Landeck, Tyrol, he received his musical education at the Landeskonservatorium in Vorarlberg with Eva Amsler, Conservatoire national supérieur de musique in Lyon with Philippe Bernold, and with Aurèle Nicolet in Switzerland. He won first prizes at the Carl Nielsen International Music Competition in 1998 und the International Flute Competition Kraków in 1999. He has performed as soloist across Europe and Japan, with performances of the importantflute concertos with Wiener Philharmonikerand Symphoniker as well as NHK Tokyo and Sapporo symphony orchestra, a.o. Conductors such as Daniel Barenboim, Fabio Luisi, Yakov Kreizberg, Dmitrij Kitajenko and Bertrand de Billy invited him to be the soloist in their concerts. Karl-Heinz Schütz is a passionate chamber musician and a member of various ensembles from baroque to contemporary. In 2013 he succeeded Wolfgang Schulz in the Ensemble Wien-Berlin and in the WIENER RING ENSEMBLE. He has appeared at international festivals in Salzburg, Bregenz, Graz, Montpellier, Rheingau, Sapporo and Prague, among others. Karl-Heinz Schütz is Professor of Flute at the Musik und Kunst Privatuniversität der Stadt Wien and has held several guest professorships. He gives master-classes throughout Europe and is also an active recording artist, especially for CAMERATA TOKYO, where his Mozart, Prokoffiev and Brahms Cds were released. With the Academy of St. Martin in the fields under Sir Neville Marriner an album was published at CHANDOS, with the title: 20th centuries concerto grosso. He is artistic director at HORIZONTE Landeck. 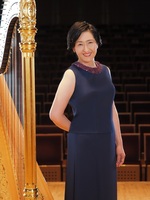 Japanese harpist Naoko Yoshino was born in London, and started her harp studies with Susann McDonald at the age of six in Los Angeles. In 1981, she received the Second Prize at the First International Harp Competition in Rome. In 1985, at the age of seventeen, she was the First Prize Winner at the Ninth International Harp Contest in Israel. Naoko Yoshino’s solo engagements with the world’s top orchestras have included the Berlin Philharmonic Orchestra, Israel Philharmonic Orchestra, Zurich’s Tonhalle Orchestra, Leipzig Gewandhaus Orchestra, Philharmonia Orchestra, The Philadelphia Orchestra, and Concentus Musicus Wien. Renowned conductors with whom she has shared the stage include Nikolaus Harnoncourt, Zubin Mehta, Pierre Boulez, Herbert Blomstedt, Yehudi Menuhin, Frühbeck de Burgos, and Seiji Ozawa. She has given solo recitals in New York, Vienna, London, and Tokyo, among other cities around the world. Naoko Yoshino has been invited to numerous prestigious music festivals, such as the Lucerne, Salzburg, Schleswig-Holstein, Marlboro, and Seiji Ozawa Matsumoto Festivals. Through chamber music, she has worked closely with such renowned musicians as violinist Gidon Kremer, violists Veronika Hagen and Nobuko Imai, cellist Clemens Hagen, flutists Aurèle Nicolet, Jean-Pierre Rampal, Wolfgang Schulz, Emmanuel Pahud, and horn player Radek Baborák. As an advocate of new repertoire for the harp, Naoko Yoshino has premiered many works, including Toru Takemitsu' s "And then I knew 'twas Wind", Toshio Hosokawa' s Harp Concerto "Re-turning", Yuji Takahashi' s "Insomnia", and Ami Maayani' s "Sonata No.2" for solo harp. Recordings to date include releases on the Teldec, Philips, Sony Classical, and Virgin Classics labels. In 2015, Naoko Yoshino released a Harp Concerto album from the Aparté label. The same year, she also started recording for her own private label "grazioso" . The first two albums from this new "grazioso" label: "Harp Recital - Favorite Masterpieces and more…" and "Harp Recital II - Sonata / Suite / Variations" , were met with much acclaim, and the third album "Harp Recital III – Schumann / Schubert / Mozart / Mendelssohn / Brahms / Bach" was released in February of 2018. Prizes achieved include: 1988, Arts Festival Prize (Japan Agency for Cultural Affairs); 1989: Mobil Music Award for Brilliant Young Musicians; 1991, Avon Awards to Women (Arts division).