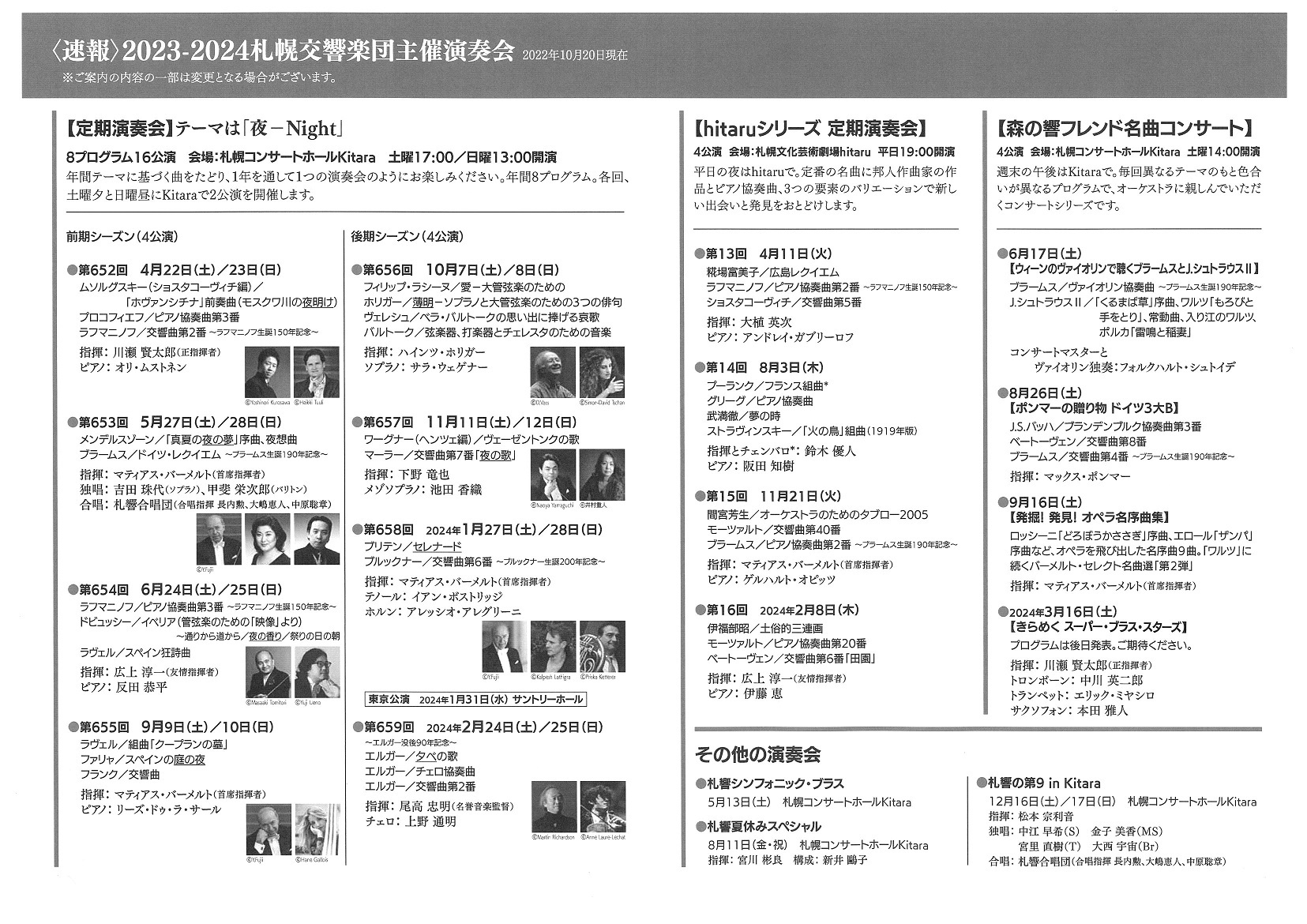 Subscription Concerts for 2023 – 2024 season will be held with a theme “Night” and all the eight concerts are to be held in Sapporo Concert Hall Kitara. If you are interested in hitaru, there will be 4 concerts in the evening of the weekdays. We will present a new encounter by introducing Japanese contemporary works, piano concerti and well-known orchestra works. There is also Saturday afternoon Concerts, Masterpiece Concerts in Kitara, under different themes every time- which would surely fascinate you to the world of classic music.