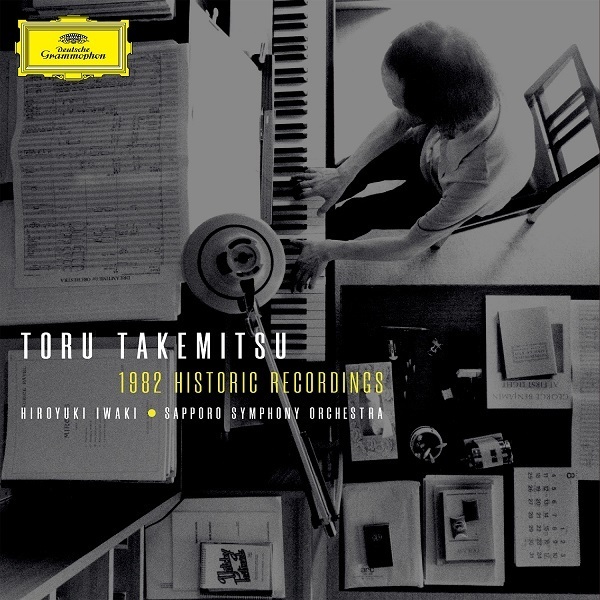 This year, 2021, celebrates the 25th anniversary of Toru Takemitsu’s death and the 60th anniversary of the Sapporo Symphony Orchestra. Grammophon is to release a set of CD commemorating Takemitsu, retrieving performances and his talk from 1982’s “Sapporo Symphony Orchestra Concert with Toru Takemitsu Premieres, ” sponsored by Monthly Rondan. Historical recording is to be open.

Sakkyo and Iwaki, both being loved by Takemitsu have performed his premiere works. Complete recording was taken by FM Hokkaido, and this is the very first historic recording.

【Disc1】
A Way A LONE II (for String Orchestra)

Toward The Sea II (for Alto Flute, Harp and String Orchestra)